ABC Education has produced a series of digital books for children on a range of topics. The text being analysed is ‘Growing Up in the Early 1900s’ and is a series of chapters including videos and text and highlights key aspects of life for a child in the 1900s. The text is recommended for school age children from Kindergarten to Year Six. It’s been a fantastic resource for Stage 1 history this term.

Using the information students write a literal question that their peer has to find the answer too within the text. This develops comprehension skills and ensures students are keeping the story or information in their head as they are reading.

Cozmo ($1.49) is a fun app! While it probably doesn’t link with any key learning areas it is a good text to see the possibilities of digital literature and text. It includes some cool functions such as filling the car with petrol and includes a narrated voice that you can speed up or slow down. A great one for a read aloud with ES1 or S1.

The Life Without Power is an interactive journalism article which reports on life in Puerto Rico without power since Hurricane Maria. It includes sound, visuals, text and interactive features throughout and provides an immersive experience for the reader. It takes the reader through the devastating effects that have been experienced by the people in Puerto Rico. This text is relevant for stage 3 upwards. 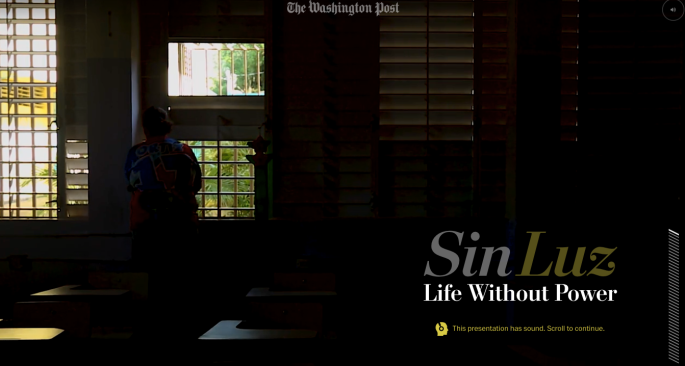 Activity: This could be used as an intro into an Earth and Space unit in stage 3 about how extreme weather conditions can effect the earth’s surface. It could also be used as an information text during English.

Thai Cave Rescue coverage by the ABC was fantastic! Similar to life without power and more suited to the older years as an information text it includes interactive maps and videos. This is again another great text to see the possibilities with media and websites.

Activity: Children could have the opportunity to explore and look at the website before creating their own news article on a current event using a free platform such as wix.

Dandelion ($2.99) written by Galvin Scott Smith is a traditional text that has since been created into a digital work in the form of an app. The app allows the user to move through the book about a boy who is dealing with bullying with a range of functionality and experiences. It includes interactive elements such as blowing to get rid of the dandelion and lots of in-book interaction. The app has been recommended for ages 4+ according to the rating on the Apple App Store, however some of the themes are probably more appropriate for stage 2 upwards. Bullying appears at every stage level in the NSW Syllabus with a different level of discussion. While Dandelion does not offer itself as a discussion about specific copying strategies for bullying it does allow for a discussion around sharing ideas, feelings and opinions about bullying. Additionally, if used as an opening activity in a bullying unit it allows students to recognise the bullying behaviours taking place such as physical bullying and start to identify strategies that could have been utilised by the bystanders who looked on.

Bliss out on Learning

A letter from a teacher 2.0